Citrus greening (Huanglongbing; HLB) is one of emerging diseases of citrus in Bangladesh and has been known in East Asia for over a century. Symptoms include blotchy chlorosis and/or mottling of leaves; yellowish shoots; vein corking; stunted growth; poor root growth; small, green, and malformed fruits; and finally death of the plants.

Dr. Islam said, more research funding is needed to complete a wide spread survey covering the whole countries including several hosts such as Sweet orange (Malta), Mandarin (Kamola), Pummelo (Batabi lebu) and other plants of the family rutaceae specially murrya aimed to know the wide host range of citrus greening or HLB pathogen in the country. He further said that spread of the disease all over the country will be emerging as a threat for expansion of citrus cultivation specially Malta and Mandarin in the country. 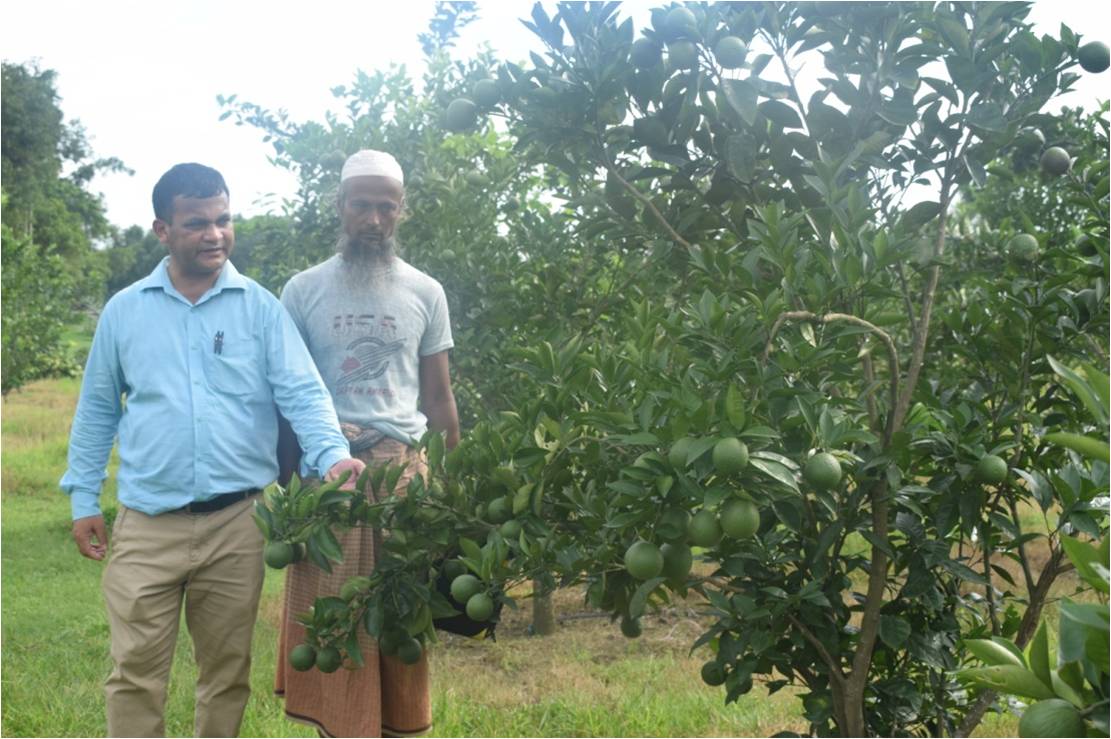 He added, the execution of a national collaborative project on citrus greening (Huanglongbing), early detection of its pathogen, pathogen evolutionary analyses and integrated management approaches accelerate the government plan of increasing citrus fruit production in the country through production of greening free citrus seedlings.

He urges the funding agencies to come forward for funding to work on citrus greening through a national collaboration among Citrus Research Station, Jaintapur, Sylhet, other educational and research institutes.