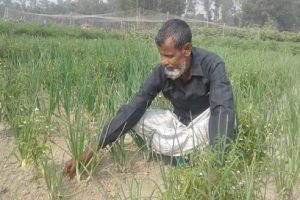 The government had imposed 10 per cent duty on imported onions to ensure fair price for local growers for the product as the neighbouring country had withdrawn the ban on export of the item.

It had also reduced duty on import of rice to 25 per cent from previous 62.50 per cent to keep the price of the staple stable following constant hike in the prices in domestic market.

The National Board of Revenue on Thursday sent three separate statutory regulatory orders with effective date from January 7 to the government press for publication in this regard.

Earlier on January 1 India lifted the ban which was imposed on September 14 on export of onions causing decline in price of onions in Bangladesh affecting local growers.

The revenue board, through another SRO, also withdrew 25 per cent RD and reduced customs duty to 10 per cent from 25 per cent on import of rice.

They said that the NBR took the decision following the instructions of the government high-ups and the new duty structure would significantly create impact on the market.

The gazette notification will be published any moment on the day, they said.