What will be the treatment method of Corona? 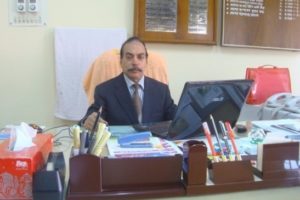 Fear about corona virus stops almost all functions in our globe. It’s a war between man and the virus. It makes all the pathological investigations and all the war weapons useless. Preventative mechanism is the only means to be practiced by the scientists and the general people. Palliative treatment is also given. All the political leaders of all the countries are extremely busy to manage this deadly virus. They are using all the law enforcing departments to comply their decision by the general people.

The policy taken by the Governments includes: Maintaining aseptic condition- using mask, avoiding close contact and mass contact and quarantine, Killing virus in hands by, antiseptic washing, Identification of the virus and finally and Allopathic treatment.

All those practices are designed by the scientifically advanced countries where the outbreak is severe. They are introducing their apparently good practices to other countries. And we are just following them. But we should think why the virus finds a very good medium there for its multiplication? Why not in less developed countries?

Quarantine, avoiding close contact and mass contact are good practices. But we should think about the use of ordinary mask for all. Because using ordinary mask will definitely cause autogenic problem. Those who are suffering from influenza, nasal catarrh, sneezing and coughing they must use the mask.

Scientists are heavily engaged to find the solution of this problem. Plasma therapy may be a possible solution. But this technique resembles the development of a vaccine. So, like other vaccines it will create a lot of problems hitherto unknown to the scientists.

We know, Nature supply us everything for our growth and development but sometime we forget. We forget the logical use of the materials around us. We forget the logic behind the anatomy of our body and mind. We forget how mind works through brain, nervous system and hormones; how it connects our sense organs with the external worlds and how it maintains all our internal functions. If we think deeply, we can find the answer. It is simple if we understand it but it becomes worthless if we don’t understand it.

We know by our common sense, the active cause of the drug should produce different results in opposite conditions when given to a person under disease condition from what it would do in the same person in health. And common sense would next demand to know just exactly what that difference may be. The answer to that query is not possible by the seemingly chaotic phenomena of drug-action until the discovery of the Law of Cure by Samuel Hahnemann. This Law is a Natural Fact. Hahnemann has led the new world of thought in medical era and this was considered as the first attack on the power of Authority in medicine, the modern medicine-Allopath. Allopathic physicians no longer obliged to accept the Law only because they bear Authority’s imprimatur.

Homoeopathy treats the patient not the disease. Disease is identified by pathology but almost useless in homoeopathy. Patient is not disease rather a living entity expressed by his/her Will, understanding and consciousness. This is apparently not possible by pathology but possible by homoeopathy. It makes a portrait of the patients resembles a drug proved in healthy human body. When applied that drug/medicine ensure cure of the case. This is simple, simplex and similar but difficult to understand by those who are not willing to understand.

General people belief that the business of a doctor is to cure the sick. It seemed so to Hahnemann. But modern medicine cannot cure; they palliate, they suppressed, and hence produce so many complications. They speak about decadence of drugs. The fault according to them lies with nature – not in their own use of the forces nature puts into their hands! Homoeopathy disposes of all this idea rather it recommends the opposite.

According to homoeopathy no pathogen, no germ, no bacteria, no virus can invade us unconditionally, there must be a weakness in our vital force. Vital force is invisible. It is the crudest part of our mind associated with brain, nervous system and hormones that connects our sense organs with the external worlds and maintains all the internal functions. If we suffer from fear complex, adrenalin will surge causing emotional disturbances that weaken the vital force. Anxiety, disappointment, stomach ulcer, Blood pressure, Thyroid problems, menstrual problems, Leucorrhea, ulcer in mouth, heart disease, pneumonia, appendicitis, diabetes, asthma, madness and even cancer may develop from this mental stress. In its zenith point mind may separates from body resulting death. Every disease whatever it is must be represented by several symptoms and these symptoms vary from person to person according to their diatheses. Diathesis causes change in mitochondrial DNA (mt DNA). Suppressed condition changes mt DNA. As a result symptom also changes.  Symptoms and mt DNA are correlated. Homoeopathy treats the patients according to their symptoms because pathology of mt DNA is not yet available. But we should remember that without the pathology of mt DNA homoeopaths can successfully treat the patients.  In this treatment method ordinary pathology is useless. When pathology of mt DNA will develop, homoeopathy and the concerned pathology based treatment will come closer. But at this moment homeopathy is far advanced than any other treatment methods in the world. Like the treatment of other diseased persons, corona virus infected persons can also be successfully treated by homoeopathy. Probable medicines are- Aconite napellus, Arsenic album, Antim tart, Antim crud, Bryonia alba, Carbo veg, Lobelia inflata, Veratrum viride. But no one should apply the medicine without consulting a homoeopath. While a patient is treated by homoeopathic medicine (a single remedy), it should not be applied any other medicine at the same time.

All meats (except indigenous chicken), eggs, shrimp and hilsha, lentil, tobacco, Bel, almost all oil fried foods, confectionary, raw onion, raw garlic, smoking and camphor should be avoided. Sour curd and papaya should be taken regularly in the morning and at noon. Never take cucumber, leafy vegetables and ripe banana in the evening and at night. Consume citrus fruits; lemon in warm water 5-6 times a day, fresh tomato and cucumber by day (but should be avoided in case of diarrhea and dysentery).

Corona virus is a threat that brings people closer maintaining individual safety, a lesson for understanding the failure of ordinary pathology based treatment and war weapons. It will help to get-up from deep slumber that raises the consciousness of our mind. General people will become more rational. They will select the cheap and corrective method of treatment. That method is Homoeopathy because it strengthens our mind. As a result our immune system becomes more powerful.

So, ultimately homoeopathy is coming forward as a curative method of treatment though most of the scientists are against homoeopathy. But it matters little. When general people failed to get relief from modern medicine they will turn to homoeopaths. General people will fear the allopathic system and change their mind for taking shelter under homoeopathy because it can protect. It is the ultimate hope where the sick man will get proper treatment. So be conscious, be fearless, be healthy and fight against Corona virus.